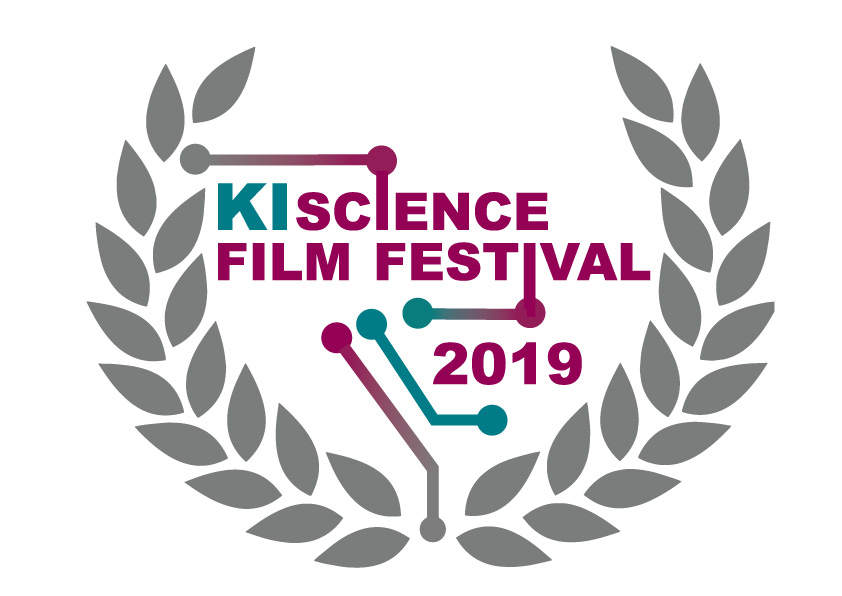 On the occasion of the Science Year 2019 – Artificial Intelligence, ZAK presented the international KI Science Film Festival from 3-5 July 2019 – for all cineastes and for those interested in science.

Artificial Intelligence is considered a critical technology of the future and is on everyone's minds. Many see it as a promise that makes our lives better and easier, for example in the health or mobility sector. Others warn of the dangers and paint negative scenarios of a society in which man loses control. The film competition aimed to manifest AI more in the consciousness of the interested general public and to initiate a debate about its potential, but also about possible drawbacks to foster an open dialogue.

The KI Science Film Festival is based on the experience of two Karlsruhe Science Film Days 2015 and 2017. In 2019 we invited filmmakers from all over the world to submit films on Artificial Intelligence (AI, KI in German) and science and research on AI. About 50 filmmakers from 13 countries have responded our call. From these an expert jury selected a shortlist of twelve films which were shown on Wednesday 3 July 2019 at the ZKM | Center for Art and Media Karlsruhe and on Thursday 4 July 2019 at the movie theatre Schauburg. The film screenings were accompanied by discussions with filmmakers and AI experts.

The award ceremony as closing event of the festival took place on Friday 5 July 2019 as an open-air gala in the Otto-Dullenkopf-Park in Karlsruhe as part of the Karlsruhe Science Festival EFFEKTE. "Who Made You?" by Iris Härmä was awarded the best feature film (awarded with 3,000 Euro) and "CC" by Kailey and Sam Spear won the best short film (awarded with 2,000 EURO). Both outstanding works recieved the KI Science Film Award. Moreover, three honourable mentions were be assigned to the best newcomer film, the best artistic contribution and the best socio-critical contribution. The audience was allowed to vote for the audience darling (each awarded with 500 EURO).

The entry was free of charge.

The KI Science Film Festival within the Science Year 2019 – Artificial Intelligence is sponsored by the Federal Ministry of Education and Research.