My Europe - Your Europe: Insights from the Outside 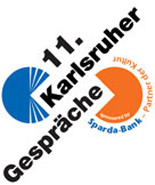 How do people with a different cultural background perceive Europe? Which self-imposed myths need to be corrected or modified from the outside? What is expected of Europe in a globalized world?

The Karlsruhe Dialogues 2007, organized by the ZAK, University of Karlsruhe, focused on Europe from the outside. Only non-European citizens not living in the European Community discussed their images of Europe from different points of view. Personalities from science, politics and the arts voiced their opinions on the ”Fortress Europe“, its culture and values, its strategic importance and social responsibility,and the global competitiveness of the European model.

It was the ambition of the Karlsruhe Dialogues 2007 to identify what is different: vital topics were put in a different perspective, and were discussed critically and constructively. People from the outside perceived the developments, topics and decisions affecting the EU’s direction in the years and decaded to come differently than people with a European socialization. This other perspective made it possible to reflect on common social and individual myths, stereotypes and eurocentrisms.”

The Karlsruhe Dialogues are supported by the Sparda-Bank Baden-Württemberg eG and the city of Karlsruhe.
Conference languages: German, English, simultaneous interpreting.