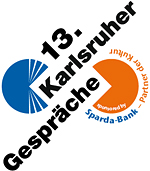 In 2009, the Karlsruhe Dialogues will address the topic of right-wing extremism, which poses a problem in Europe and other parts of the world that should not be underestimated. Rightist extremists have established themselves in European societies – be it as a political party, as a social movement or sub-cultural milieu. Over the past years, there has been a Europeanization and internationalisation of rightist extremist movements, whereas the concept of “right-wing extremism”, due to historical contexts, is defined differently in every country. The visible increase of racism and xenophobia in some countries such as France, Italy, Belgium or the Netherlands shows that this is not solely a German historical matter. Even the European Parliament is infiltrated by rightist extremist tendencies and delegates, which could go so far as to lead to a defamation on the institutional level of efforts for integration and the concept of a multicultural society.

A distinction has to be made between parliamentary right-wing extremist parties, ideological rightist extremists, and activist, violence-prone skinheads. But there is also the „extremism of the centre“ – tendencies of intolerance at the centre of society. These tendencies provide the sounding board for the expansion of extremist worldviews. The Karlsruhe Dialogues inquire about the creeping xenophobic and right-wing demagogic processes in Europe, and about the differences or common denominators of the various European countries. What are the respective root causes of right-wing extremism, and what actions can be taken to tackle them? How can a tolerant mindset, appreciation of intercultural relations and contentment with democracy be mediated? What rights are conceded to right-wing extremists through governmental backing and democratic freedoms?
Another subject to be discussed will be the modernisation and professionalisation of the ideology, the pragmatics and the demeanour of rightist extremists. More and more they are infiltrating social areas that used to be the domains of leftists – such as criticism of capitalism and globalisation, opposition to the Iraq war or protest against Hartz IV laws. They take on the worries of the populace, given the accelerated social and economic changes, and exploit them for their purposes. The rightist extremists’ image received a new coat of paint, converging either to the middle-class sphere or to the leftist scene. Through the expansion and differentiation of a rightist extremist subculture, young people with a rightist extremist orientation are connected via networks. They identify with each other over codes, fashion styles and music, but they are increasingly violence-prone. The Karlsruhe Dialogues will look into this and other questions about the present-day, globalised rightist extremism.

For the congress, where scientists from various specialized fields discuss the theme with politicians, and where contemporary witnesses bring in their very personal experiences, we shall concentrate on a number of the following subjects:

In the case of sufficient interest of the speakers we shall publish all papers and discussions. Additionally, the Karlsruhe Dialogues will include cultural activities contrasting the speeches and discussion rounds, and will bring in further aspects from the artistic view. In cooperation with the television station ARTE and the ZKM | Center for Art and Media Karlsruhe, this year’s topic will be explored in a film night as well as in a scenic reading in the Karlsruhe State Theatre.


It is our intention to discuss this subject at a high scientific level. At the same time we shall implement an approach of civil participation by presenting papers in an understandable language. With the concept outlined above, the event can become a “think tank” and may be able to generate new ideas.
To ensure response and sustainability, the ZAK | Centre for Cultural and General Studies relies on institutional partners supporting our centre. The Karlsruhe State Theatre, the ZKM | Center for Art and Media Karlsruhe, the Cultural Centre “Tollhaus Karlsruhe”, the Chamber of Commerce and Industry Karlsruhe and others have supported us for many years. Thanks to our long standing good relations to the press we can guarantee public attention. In addition, the TV station Arte is one of our cooperation partners in 2009.
The Karlsruhe Dialogues are supported by the Sparda-Bank Baden-Württemberg eG and the city of Karlsruhe.
Conference languages: German, English, simultaneous interpreting.
Convenorship:
Prof. Dr. Caroline Y. Robertson-von Trotha
Director